You've worked hard your whole life. Now is the time to enjoy the lifestyle you deserve. We’re here to help you plan your your ideal retirement even if you've already retired we base our advice of where you want to be and how you want to live your life.

Making sure these are the best years of your life

We can help you put in place a retirement plan that is as unique as you are so you can get the most out of your lifetime of hard work and enjoy a comfortable, stress-free retirement. Clients that seek our advice are ahead of game in their retirement because each and every client we help gets clarity on the burning questions like:

TALK WITH A RETIREMENT ADVISER TODAY!

What you might not know you can still do

1. Making sure your Savings will last the distance

One of the risks in retirement is that of outliving your savings. An Adviser can help you calculate the amount of savings you’ll likely need for funding your retirement – based on your short, medium and long-term goals.

When you reach retirement, quite commonly your home is where all your equity sits. Selling your home and downsizing is a way of freeing up cash for your retirement lifestyle.

Love it or loathe it you aren't getting any younger. Estate Planning involves more than just having a documented Will. It ensures your wealth and legacy are passed on to others according to your wishes and your estate is properly managed, either after your passing or if you can’t continue to manage it yourself.

4. Managing risk in the later years of life

Picking the right investment option within your superannuation or other investments is important whether you’re aged 16 or 65. Your investment strategy will influence how much money you’ll have and how you will live your life in retirement. As you get closer to or are already in retirement, you might decide to reduce your level of risk, and preserving your capital may become more important.

There's a minefield of information out there in regards to social security payments the most common issue that we see if that people don't understand the system or the qualifying requirements and dont have the know how to structure your assets and income to maximise your entitlements.

To help ensure you enjoy
the retirement lifestyle you deserve, contact us today!

Let us help with kick starting your financial journey.

At Astute we specialise in helping hard working Australians live the retirement we know they deserve, enabling them to achieve their dream retirement.

That's why we work with you and uncover your financial situation and create a strategic plan that enables you to live your retirement to the fullest.

You have built up your nest-egg but are still worried about what is ahead. You may be worried about how long your money may last you and are there any things you can do now to make sure your retirement is bright.

We will help you to prioritise your lifestyle goals and consider how much they will cost. We will be by your side when you make big decisions as your life changes. It’s about receiving the right help at the right time.

Now that your superannuation fund will no longer be added to, we will help you consider the best ways for you to draw this down to assist with your lifestyle. We will discuss with you how much investment risk you are currently taking, and whether this should be changed considering your future needs. 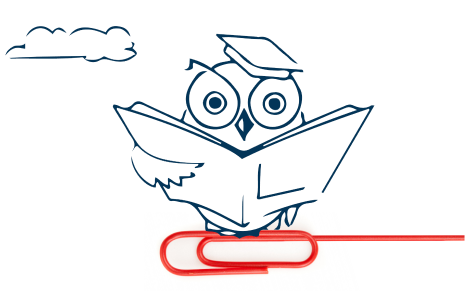 You may need assistance in how to qualify the appropriate amount of Centrelink. We will help you understand what is available as well as strategic ways to get the most you are entitled too considering your goals and objectives. You may even be thinking of passing on assets or wealth early to your family. We will discuss with you the appropriate ways to do this especially considering Centrelink ramifications.

You may wish to downsize your home. We can be very helpful in discussing the Centrelink affects, and how this money can be used. Downsizing involves considering how you want to live in an appropriate property as well as the financial impact on you. You may even qualify to top up your superannuation account. We can assist you to make the right decision before you choose to make the big move.

If an unexpected event occurs, like a medical event, we will make sure you have the right plans in place to help deal with being able to fund rehabilitation and to make sure finances are in order. We will also help you plan if you were to pass away so that your spouse or family is looked after. By putting a plan in place, it will give you more certainty that your assets are passed to the right people at the right time.

Even though their house was now paid off, and hey had some money in cash and Superannuation, they wanted to get an opinion on how to best utilise their money. Because they previously made some good decisions, they thought they might have too much money for the age pension.

We discussed with them their lifestyle goals, and how they want to spend their retirement. Time with the grand kids was high on the list as was a relaxing holiday at least on a yearly basis. They realised these things were to come at a cost and they needed to make sure they were doing things right for themselves and their family.

We helped them to restructure their assets so they could now qualify for an age pension, and also have some more certainty of income in retirement. They were also able to have the holidays they wanted and spend time with the grandkids. They even gave some money to their children to help with their kid’s school fees and a deposit for a home. They were able to include all the items they wanted in their retiring years and still be able to live in comfort knowing their money was going to last for a long time in the future.

We know it's difficult to get started that's why we offer a no obligation discovery chat to help you take the first step.